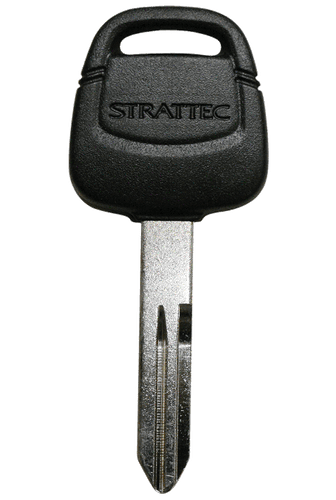 Transponder chip key blank for Nissan and Infiniti vehicles.  Rounded head.  This is a blank key the must be cut to match your vehicle.  Also, it has a transponder chip that your car must be programmed with computerized equipment hooked up to the vehicle  to recognize for it to start the vehicle.  Most locksmiths or Nissan dealers can do this for you.  Hardware stores and other places like Walmart do not have the correct equipment to do this.   Not all cars have transponder systems.  It is the customers responsibility to determine which key they need and to have the correct programming procedure performed.  No refunds will be given for cut keys.

This key has a rounded head.

This remote fits the following cars:

This product hasn't received any reviews yet. Be the first to review this product!