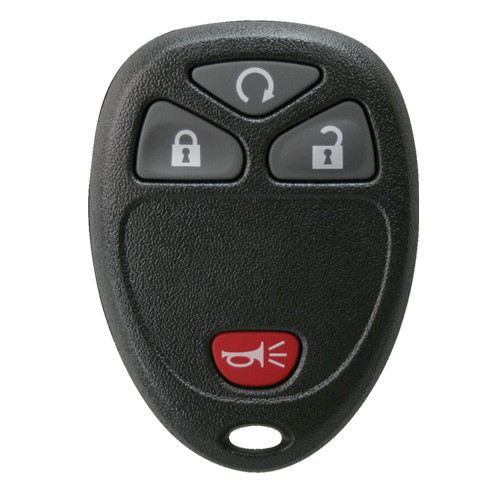 NOTE:  Your vehicle must already have the remote start option on it.  If not, buying this remote will NOT give you that function! (see notes below about AP8 vs AP3 code)

PROGRAMMING:  Your vehicle must be programmed to recognize the remote. You can do this yourself UP TO and including model year 2010.   Those instructions are included.  Starting in 2011 GM removed the on-board programming and you will have to take your vehicle to a dealer or locksmith to have it programmed with diagnostic equipment.

Programming Notes: SATURN VEHICLES ALL YEARS DO NOT HAVE AN ON-BOARD PROGRAMMING METHOD. You will need to go a dealership or automotive locksmith for programming.

This remote will replace:

IF YOUR VEHICLE HAS AP8:
Only the dealer can install the remote start. You have to buy the remote start package from GM. It comes with two key fobs and instructions.
The instructions have a unique code that comes with the package and the dealer has to use this key to get a VIN specific code from GM. This GM
Code is then used by the technician to activate and unlock the remote start in the BCM.
This is why you cannot just buy the key fobs without the special code. GM will not give out the unlock code without being given the one from
the OEM remote start package.
Once it is unlocked in the BCM you can then use any remote start key fob without going through this procedure again.

Once again: CODE AP8 MEANS IT HAS THE PREP PACKAGE, IT DOES NOT ACTUALLY HAVE REMOTE START AND JUST BUYING REMOTES WITH THE R/S BUTTON WILL NOT GIVE YOU THAT FUNCTION.

GM PGM VIC through 2010, Dealer only 2011 and up. Dealer only Saturn Vue and Suzuki all years