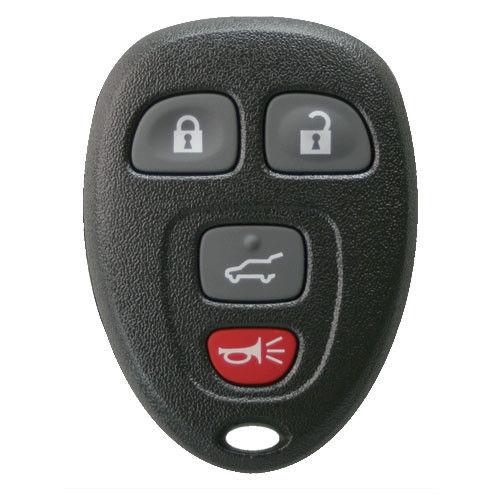 This remote has lock, unlock, panic and rear hatch button and will work with the factory remote keyless entry system on the vehicles listed in the description. Customers are responsible to purchase the correct remote for their vehicle.  This is a new remote with all electronics and battery included.

Your vehicle must be programmed to recognize the remote. You can do this yourself UP TO and including model year 2010.  Those instructions are included.  Starting in 2011 GM removed the on-board programming and you will have to take your vehicle to a dealer or locksmith to have it programed with diagnostic equipment.

Programming Notes: Starting in 2011 GM took away the on board programming option for all vehicles. Vehicles 2011 & up will need to go to a dealership or automotive locksmith to program the remote.