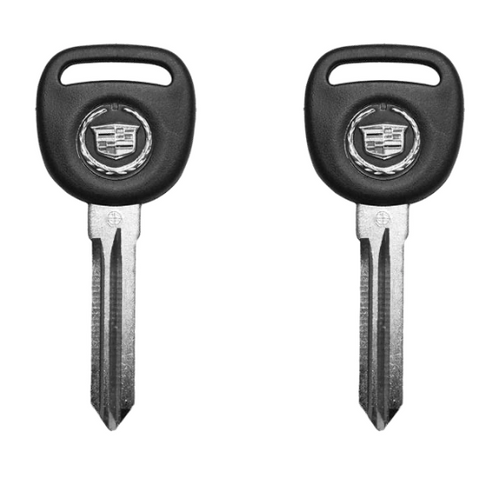 These are blank transponder keys with the CADILLAC emblem and will work with all of the vehicles listed below. This is a TRANSPONDER KEY. Most modern automobiles have keys with transponder chips hidden inside the plastic head of the key. When a key is inserted into the ignition lock cylinder and turned, the car's computer sends a radio signal to the transponder. Unless the transponder replies with a valid code, the computer will not allow the engine to be started. Transponder keys have no battery; they are energized by the radio signal itself.